Ian Harte made nearly 400 league appearances during a near 20-year career, playing predominantly for Leeds and Reading. He was also capped 63 times for Republic of Ireland, being named in their 2002 World Cup squad. In a BetStars exclusive, he discusses the recent fortunes of Carlisle, Crawley, Notts County, Reading and Bournemouth and talks about the national team.

BetStars: Carlisle are currently mid-table, do you think they can get themselves into the League Two play-offs?

IH: “I would love to see Carlisle get in the play-offs. It’s quite a competitive league and it’d be difficult. It may be a stretch too far but Keith Curle is the best man for the job. I think he did very well last year. It’s always difficult to try and replicate that but he’s a very good manager.”

IH: “It [losing Cosgrove] is a loss for Carlisle but when a Scottish Premier League team comes looking for you, you’ve got to jump at the chance. The club can use that money to strengthen somewhere else. Jamal Campbell-Ryce has come in. I think his experience is key, he’s a good player and he’s been around the game a long time and hopefully he’ll be able to help the younger lads on the pitch and around the training ground.”

BetStars: Are you pleased to see Seamus Coleman back playing?

IH: “He’s amazing. It was obviously very sad to see what happened. It was a horrific injury. Seamus is a top player and a great lad. He is one of the best full-backs in the Premier League and it’s great to see him back. I can’t wait to see him turn out for Ireland. Having someone like him on the pitch is a massive bonus. The energy he gives you going forward and also defensively is incredible. He’s a leader on the pitch and off the pitch. James McCarthy is another Everton and Irish player that’s got a similar injury at the same club so I’m sure Seamus will be able to help him through the difficult times ahead.”

BetStars: How do you rate Ireland’s chances of qualifying for Euro 2020?

IH: “As an ex-Ireland player, and Irish fan, I would love it if they do. It’s become more and more difficult in every kind of preparation for a World Cup or European Championship, because other nations that were weaker probably 10 years ago are getting stronger and stronger. So it’s more competitive, but if they can get the goals then they have a chance of qualifying.”

BetStars: Who do you think are the key players for Ireland?

IH: “The likes of Robbie Brady, Shane Long and Wes Hoolahan will all be key for the Ireland side. Robbie is obviously coming back from his injury but he’s a great player. Shane Long isn’t getting the goals or the game time he would like at the moment but I played with him at Reading and he’s a top striker, give him chances and I’m sure he will put them in the back of the goal.”

BetStars: Is Martin O’Neill the man to lead Ireland to qualify for the 2020 European Championship?

IH: “I like Martin O’Neill. All his staff and Roy [Keane] are very good, they get the best out of the lads. If you look at the Irish team there’s no star names compared to England who have the likes of Harry Kane and Dele Alli. There’s lots of top quality players, but there lies the difference between the Irish team and the English team. The Irish team work as a team, the English team are great individuals but they all want to be that big star.”

BetStars: What do you think of Roy Keane?

IH:”I’ve always had a good relationship with Roy. He actually signed me at Sunderland when he was the manager, so I’ve got a lot of respect for Roy. Even on television he tells it how it is, he doesn’t beat around the bush. I think Martin and Roy bring the best out of each other.”

BetStars: What do you make of the new Nations League? Ireland have been drawn with Wales and Denmark in that tournament.

The confirmed fixture list for our #NationsLeague campaign! #COYBIG pic.twitter.com/BuCldsPkCJ

IH:”I’m hoping that [Christian] Eriksen doesn’t play when we play Denmark. He’s a different grade and stands out like a sore thumb. He was on a different level in the World Cup play-off fixture. People obviously worry about other midfielders in the Premier League, but what he does for Denmark and what he does for Tottenham is very underrated and he’s a top-quality midfielder.”

BetStars: Who would you say is the better free-kick taker, you or Robbie Brady?

IH: “I’m sure Robbie would say him if you asked him! But it’s all about the technique, trying to hit the target and trying to visualise beating the wall. I used to love taking free-kicks but Robbie is very good himself.”

BetStars: What do you think of the job your old team-mate Harry Kewell is doing at Crawley?

ICYMI: Congratulations to Head Coach Harry Kewell and @EnzioBoldewijn who have been nominated for the L2 Manager and Player of the Month awards. pic.twitter.com/SlBNhyXUNu

IH: “I’m absolutely delighted for him, they are six points off the play-offs and they had a good win the other day when they went 1-0 down against Chesterfield and came back to win 2-1. They’ve won three in a row in the league and I’m delighted Harry is starting to get the results that he deserves as in League Two it’s always very difficult with budgets and things.”

BetStars: Do you think he has a future as a Premier League manager?

IH: “You have to start somewhere as a manager and he’s learning every day so I don’t see why he wouldn’t be in the Premier League one day. I’m sure if Harry keeps doing that then there will be bigger clubs looking at taking him. When you look at his time at Leeds United and Liverpool he was an influence even when he was injured. For now, it is Crawley’s benefit to have a figure like him at the club.”

BetStars: What do you think of your former team-mate Alan Smith, who is player-coach at Notts County?

IH: “I think as a player-coach, he is learning under the current manager and Notts Country are doing really well. I saw Smithy during their game at Port Vale, it wasn’t a pretty game but they won the game and in that league, it’s all about winning games and getting consistency in their push to try and get promotion. Smithy is a great lad and I’m delighted to see him and the team doing well.”

BetStars: What does he offer Notts County as a player?

IH: “I know from when I played with him that he will never shy out of a tackle, so I know he will be out there on the pitch getting stuck in. He can also give those younger lads who lack a bit of experience advice to help them push on a bit and help their careers to move forward.”

BetStars: What can Reading do to avoid relegation from the Championship this year?

IH: “I don’t think they will get relegated. They definitely have got the quality to stay in the league and in all honesty, they should be doing a lot better. People are saying the manager is under a bit of pressure at the moment but it’s a similar group of players to last season, they’re just not getting the rub of the green at the moment. When I joined Reading we were in and around the relegation zone and we had a meeting to discuss how we were going to improve results on the pitch. The following season we started off pretty similar, but what we had was a real togetherness within the dressing room and we knuckled down and went on a 20-game unbeaten run.”

BetStars: Who are the key players for the Royals now?

Yesterday’s arrival Chris Martin hopes to be involved in a strong end to the campaign with Reading: https://t.co/uisu49FYrz pic.twitter.com/gLrsAC2epo

IH: “They’ve brought in Chris Martin and he’s a very good Championship player. He isn’t the quickest but he bullies a lot of defenders and he will get goals as well if you give him ammunition in the box. Liam Moore is another very good player and I hope he stays at Reading because I hear that a lot of Premier League clubs are interested in taking him.”

BetStars: What can you tell me about the leadership skills of Paul McShane?

IH: “I was at Sunderland with Macca and I can tell you he hates losing. Macca will be in there on a daily basis trying to pick the players up when their heads are down. That’s where you need strong characters in the dressing room who can help the younger lads who are feeling sorry for themselves. Chris Gunter as well is one who has been there and done it all and played for his country many times so you’ve got some great quality in that dressing room who can help the manager.”

BetStars: How will the club cope without Jordan Obita?

IH: “Unfortunately Jordan Obita is injured at the moment. He is probably the best full-back at Reading. There is a younger player in Omar Richards who is a very good player as well, so I think he can step in.”

BetStars: What was the key to your success in the 2011-12 season when you won promotion?

IH: “We were a good team and a group of individuals who would do anything for one another, there were more talented sides than us with bigger names who looked prettier on the eye, but they didn’t have the togetherness that we had in that dressing room on a daily basis. I think that’s massively key if you’re going to get a bit of momentum going which we did, we were unstoppable.”

BetStars: Why were you unable to avoid relegation in the Premier League the next year?

IH: “It’s always going to be difficult for any team that gets promoted to the Premier League. Unless you spend a lot of money, you’re fighting a losing battle. On a shoestring budget it is only a matter of time until you’re relegated. I loved my time at Reading, it’s a great club with great people and hopefully they can get out of the rut they are in at the moment.”

BetStars: You played for Eddie Howe at Bournemouth. What was he like?

IH: “Eddie is brilliant, his attention to detail is amazing. He gets in at 7.30am every morning and looks back on every training session to see if there is anything that hasn’t been good enough. He’s a young manager but he’s learning every day and he’s a great guy. I’m sure he wants to achieve something great at Bournemouth as an ex-player. I’m sure there will be a time when he will look to move on, but I don’t think that’s in the near future.”

BetStars: How do you rate Harry Arter?

IH: “Harry is a great lad and a great player, I don’t know if he’s got an Irish grandmother or not or if he likes a pint of Guinness but it’s nice to see he chose to play for the Irish team instead of England!” 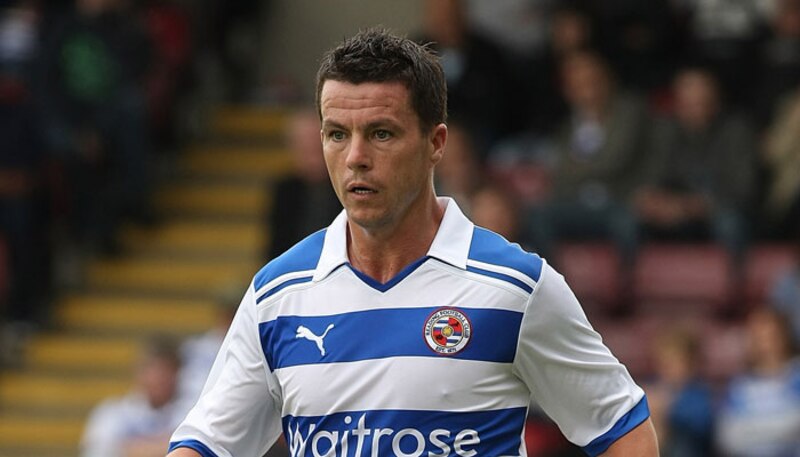